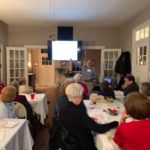 Residents of Norcross usually do not even think twice about how Norcross came to be the fabulous and historic town that is.  Markers, plaques, and monument signs are within easy reach and sight for anyone interested. There's even an historic homes walking tour with map available at the Welcome Center.

Norcross resident Gene Ramsey uses his time to track, interview, tell, and write about historical people, places, and events in and around Norcross and Gwinnett County. A few years ago, the Jackson family was cleaning out the attic of one of the many historical homes and came across paperwork indicating that the Norcross Garden Club was actually formed in 1931 and not the 1958...because that's what information we had that time. The club was honored when Gene accepted our request for him to research and subsequently present to club members the findings or this research.

In the end Gene could only surmise the Norcross Garden Club was an offshoot of the Norcross Civic Improvement Club initially formed in the early 1900's. This organization held numerous garden and flower related events which seemed a natural evolution to form the garden club. It is further believed that war may have halted the happenings of the garden club which would explain the missing activity between the late thirties into the fifties. 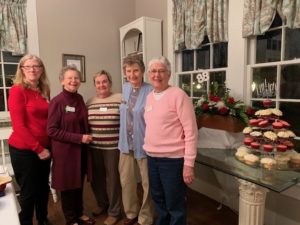 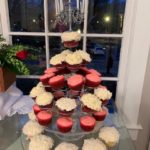