Effective 1/17/23: Our website is going through a cosmetic update. All the content you have seen before is still available. The look is changing. 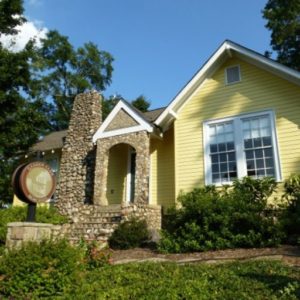 History of The Norcross Garden Club

The club was officially recognized in 1958, however, a recent discovery of a journal found in an attic in town has revealed a club started as early as 1931. Imagine the excitement.

2020 is the best year EVER. The Norcross Garden Club has been awarded the NUMBER ONE garden club in the state of Georgia. Numerous additional awards were achieved by the club’s leadership team, members, and partners.

In 2019, the Norcross Garden Club was been awarded first place in numerous award categories at the National Garden Club level.

Congratulations to the members who make this honor extra special and for all the hard work and dedication. It's a proud moment in the nearly 90 year history of The Norcross Garden Club. 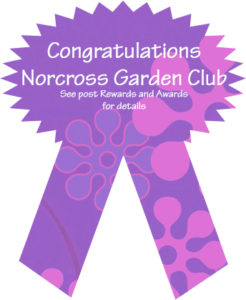 Feb
4
Sat
2023
all-day NCG – Cottage Rental
NCG – Cottage Rental
Feb 4 all-day
Cottage rented.
Feb
14
Tue
2023
10:00 am Member Meeting – AM – And the wi... @ The Garden Cottage
Member Meeting – AM – And the wi... @ The Garden Cottage
Feb 14 @ 10:00 am – 12:00 pm
And the winner is… Growing Vegetables from Seed, presented by member and master gardener, Laurie Wakefield. Please RSVP to Debbie Boyd.
Feb
15
Wed
2023
all-day NGC Membership Dues – Deadline
NGC Membership Dues – Deadline
Feb 15 all-day
If you would like to be a member of or continue your membership, please send in your payment. Dues are $60 per member. Two household members may hold membership for a single payment of $70. Please contact Debbie Boyd by February 15th, of your membership intention. Your name will be removed from our club roster and the state membership roster if[...]
View Calendar
Add

We are proud members of the National Garden Club, Dogwood District of the Garden Club of Ga. & Deep South organizations.